Serving the Funeral Industry for Generations 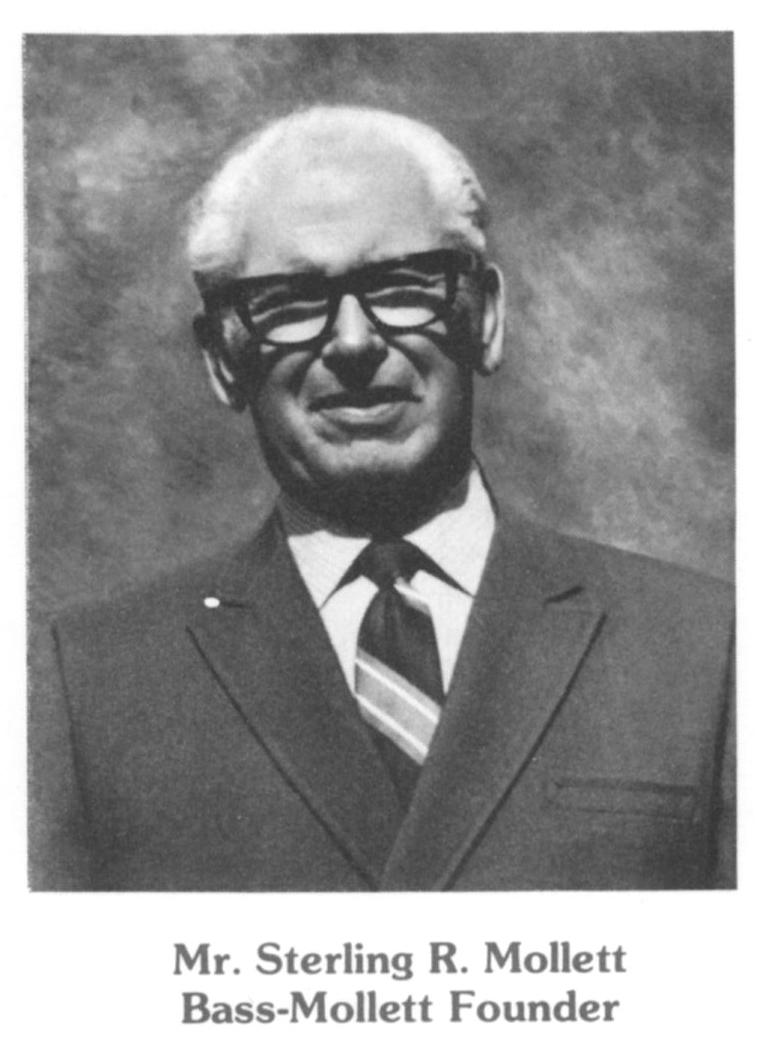 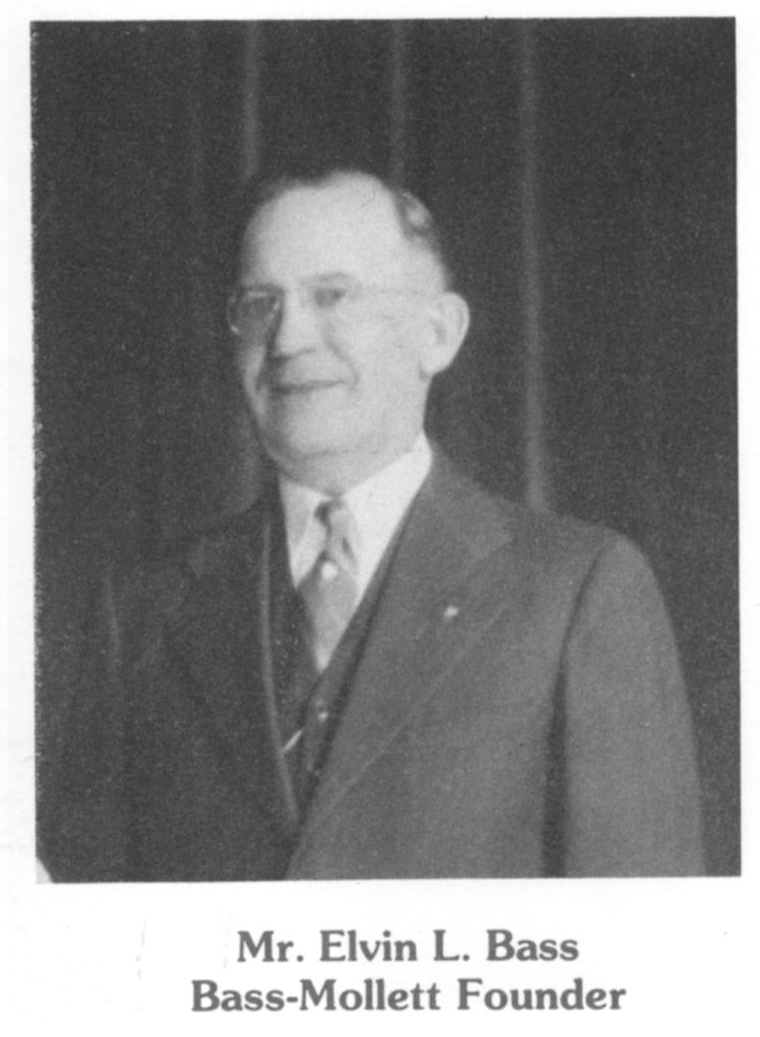 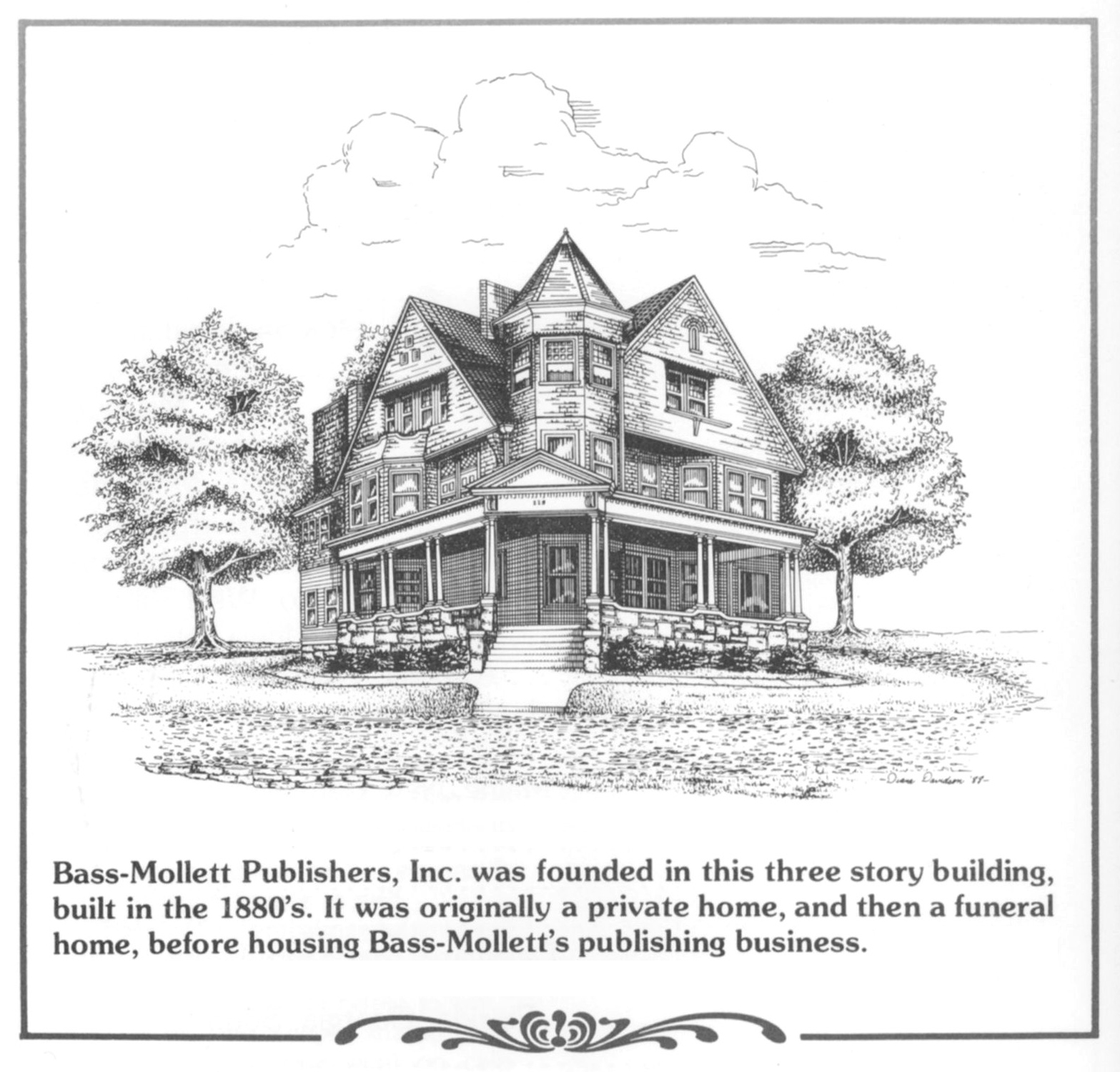 In 1938, the Bass’ daughter Dorothy and her husband, Sterling R. Mollett, joined the firm as the Bass-Mollett Funeral Home.

During this period of time, Mr. Bass designed and copyrighted the first Golden Wedding Book to commemorate his parents 50th wedding anniversary. Because of its popularity, the product line was soon expanded to include other anniversary books, baby books, and gifts. By 1951 the publishing branch of the business had become as time consuming as the funeral home. The funeral home business was sold, and Bass-Mollett Publishers, Inc. was founded. Also in 1951, the firm introduced its first funeral register book, “The Loving Tribute”. 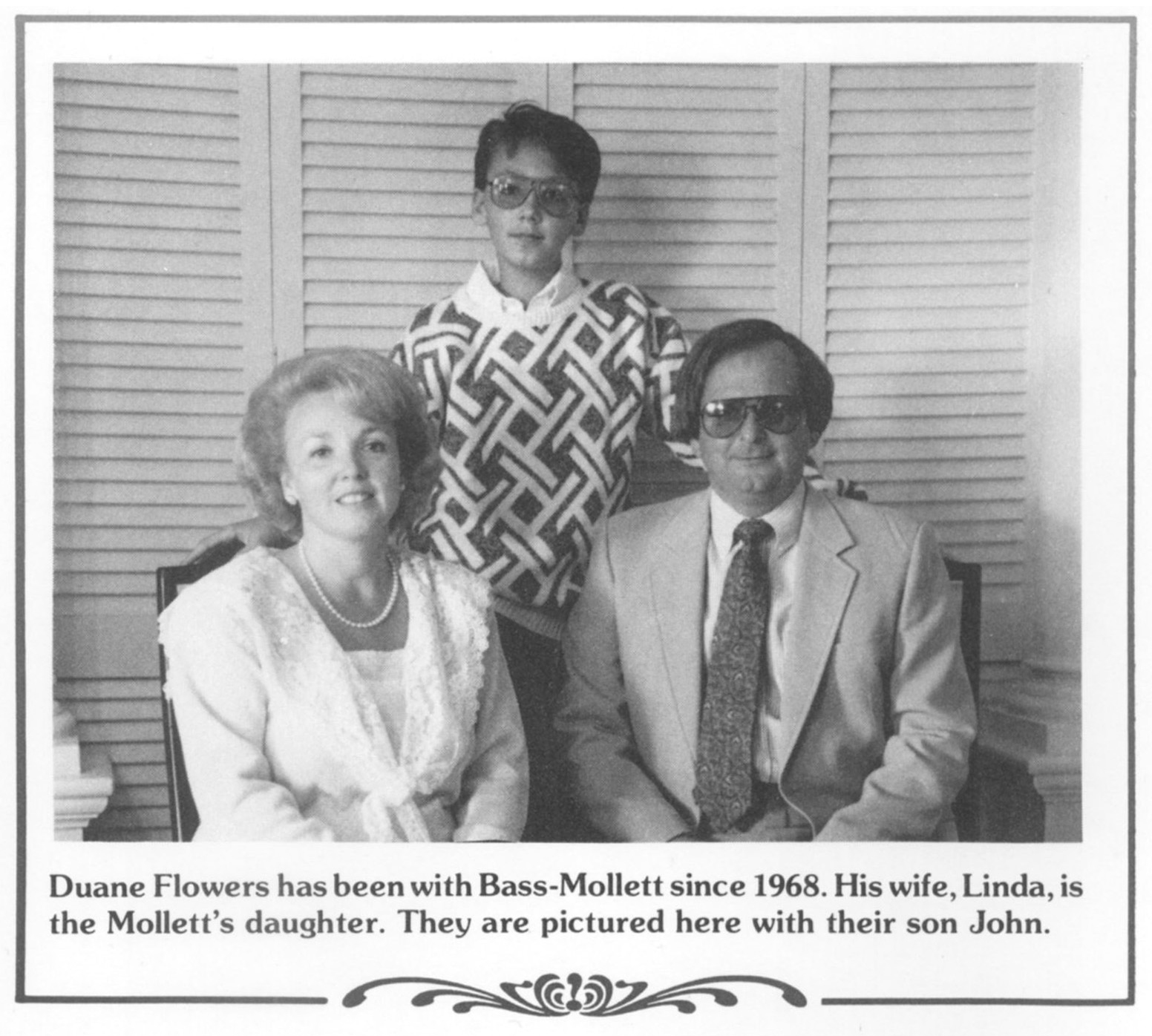 In 1968 the company was reorganized into a corporation, and the Mollett’s daughter, Linda, and her husband Duane Flowers joined the staff. Duane’s brother Tad and his wife Diane joined the company in 1971. In 1983 the company moved to its current location at 507 Monroe Street in Greenville.

Today the publishing house is being operated by the next generation, John and Tadd Flowers. The business has continued to grow throughout the years, steadily adding to their product line. Bass-Mollett is nationally known and distributes a catalog featuring over 2500 items.

Bass-Mollett Publishers, Inc. was founded in a three-story building, built in the 1880’s. It was originally, a private home, and then a funeral home, before housing Bass-Mollett’s publishing business. It was later acquired by Greenville College and used as a men’s dormitory. It was later torn down in 2011, when the cost to fix it outweighed the benefits to the college. 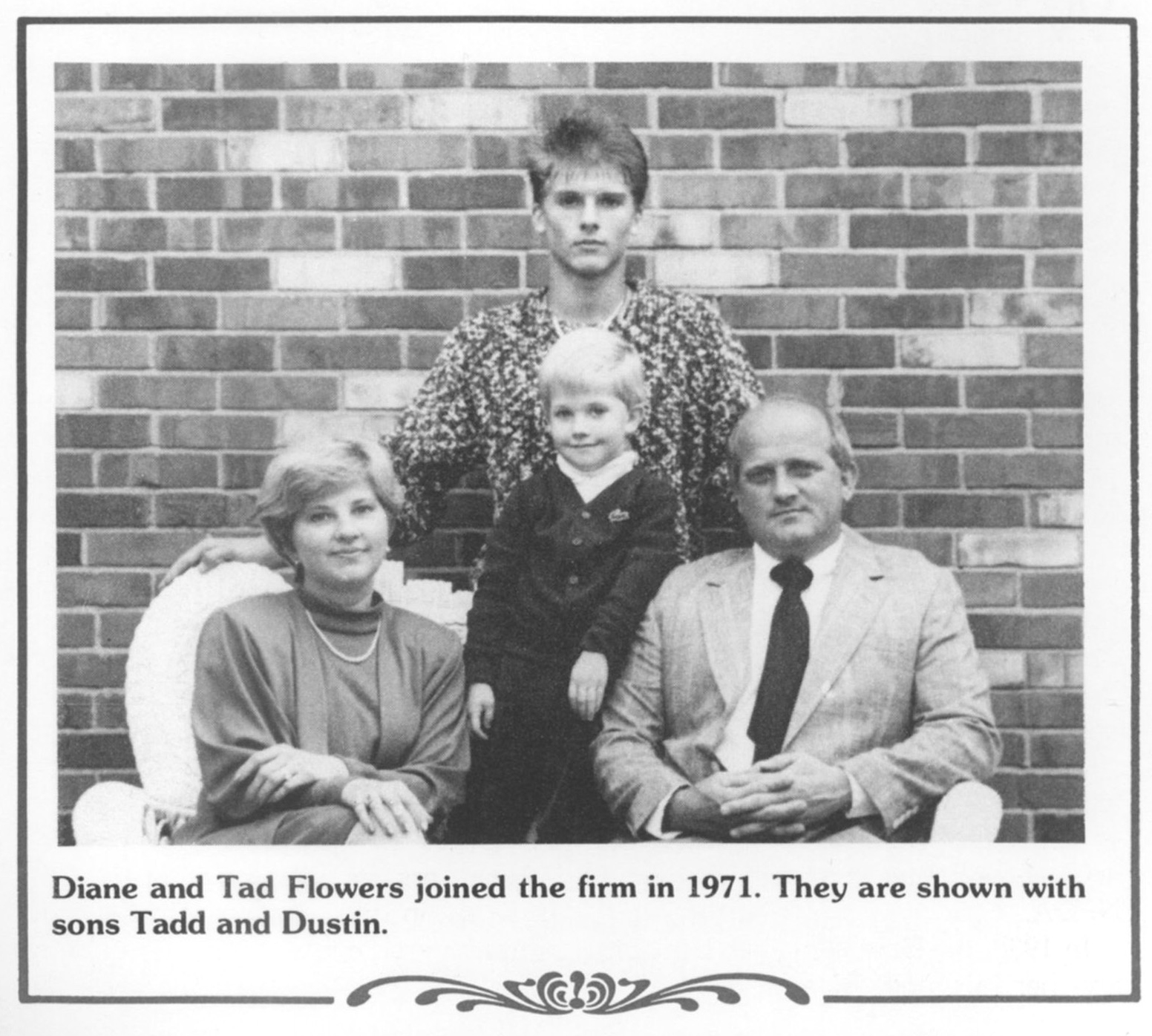 Bass-Mollett moved to its current location in 1983 - 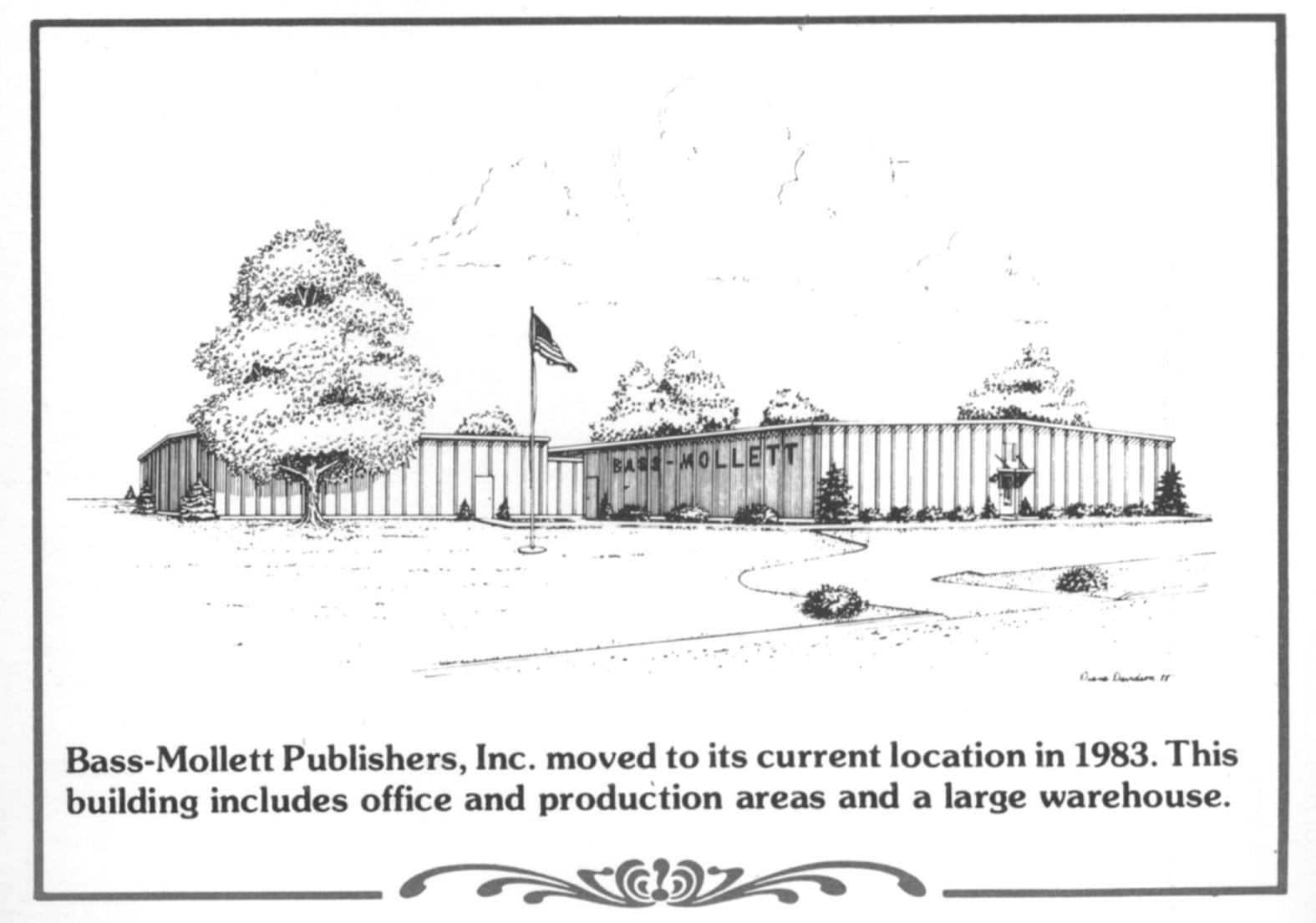 pictured right. This building includes office and production areas, as well as, a large warehouse. As Bass-Mollett continued to grow, a building on Franklin street was acquired in 2004 to house and ship urns, as well as produce silk screens, embroidery products, and engravings. In 2020, Bass-Mollett acquired a new building on Samuel street to replace the Franklin facility. This new building was purchased to give Bass-Mollett more space as the company continues to grow.